NACO Board of Directors

Damian was appointed President and CEO and The HOYTS Group in January 2014, with responsibility for HOYTS Entertainment and Val Morgan Advertising. The HOYTS Group owns and operates 54 cinemas throughout Australia and New Zealand with 472 screens.

As part of the Chinese owned Wanda Group, which owns 12% of the world’s cinemas, Damian has overseen a dramatic re-investment program in the HOYTS cinema circuit. More than 80% of the circuit has been upgraded to powered recliner seats in every cinema. In the process HOYTS has grown market share and been recognised as the leader in cinema innovation in Australia. He has also overseen the rebranding and redesign of their premium cinema offering to LUX.

Previously Damian was CEO at Val Morgan from 2011 to 2014 and worked in media and marketing roles with Multi Channel Network and the Seven Network.

Damian currently serves on the Boards of the National Association of Cinema Operators-Australasia (NACO) and Creative Content Australia.

A former professional sportsman, he enjoyed a distinguished basketball career in the NBL and represented Australia on over 200 occasions in basketball including three Olympic campaigns.

He is married to former Olympic basketballer Maree White and they have four children. 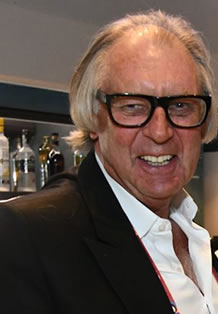 David Seargeant served as CEO and Group Managing Director of Event Hospitality & Entertainment Limited from 2001-2017. He was Managing Director of Rydges Hotels group from 1988- 2002 and the Greater Union Group from 2000-2002. He distinguished himself during his 30-plus years’ experience in the hospitality and leisure industries with the creation of the Rydges Hotel brand, premium QT hotel brand, as well as the Event Cinema brand. He drove transformational change in very challenging economic times and oversaw the transition of the group’s cinema business from its former celluloid film-based media to its present digital form.

Mr. Seargeant serves on numerous boards, including Tourism Australia and Tourism Training Australia. He is Chairman of the National Association of Cinema Operators-Australasia and Deputy Chairman of Tourism Accommodation Australia.

Michael Hawkins is a management consultant practicing in the fields of negotiation and facilitation.

He is the Chairman of the Asia Pacific Screen Awards and is also Executive Director of the National Association of Cinema Operators – Australasia and the Australian International Movie Convention, and a Director of Creative Content Australia Ltd.

He is a member of Advisory Boards including HLB Mann Judd Chessboard and two prominent Australian’s Family Offices. He is a Member of the Administrative Appeals Tribunal. He is also the Secretary of The Brisbane Club. He serves on the Foundation of the Queensland State Library. He was formerly CEO of Australian Multiplex Cinemas Ltd and Deputy Chair of Screen Queensland.

He is a lawyer by training and a Fellow of the Australian Institute of Company Directors.

He serves as the Honorary Consul to Sweden in Queensland. 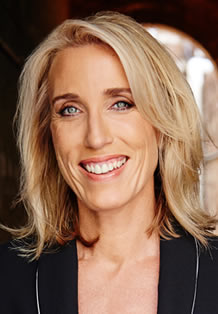 Jane Hastings has more than 25 years of diverse experience across the Asia Pacific region within the travel, hospitality, media and entertainment sectors.  Working with some of the world’s leading brands, she has led and transformed businesses from mergers and start-ups to publicly listed entities.

Currently, Jane Hastings is CEO of leading entertainment, hospitality and leisure company, EVENT Hospitality and Entertainment Ltd.  EVENT is listed on the ASX with a market capitalisation of more than $2billion, over 9,000 employees and delivers more than 40 million customer experiences annually.     The EVENT entertainment group includes the largest cinema circuits in Australia, New Zealand and Germany and owns and operates one of Australia’s treasured live theatres, The State Theatre.   In the hospitality sector, the EVENT group owns and operates more than 60 hotels and in the leisure space, operates Australia’s number one voted ski resort, Thredbo Alpine Resort.   The company also has a substantial property portfolio as an owner and developer.

Natalie Miller AO is a visionary leader in the Australian screen industry. She has made and continues to make an astounding contribution to the film community through her distinguished career spanning over forty years.

A passionate supporter of independent films and filmmakers, Natalie has brought quality art house cinema to Australia through her leadership at the Longford Cinema, as co-founder of Cinema Nova, one of Australia’s greatest independent cinemas, and as Executive Director of Sharmill Films, the only distribution company in Australia established and run by a woman. Natalie has served on many boards and committees in the screen industry, as well as other cultural organisations, and is currently a Director of the Board of the National Association of Cinema Operators (NACO).

In recognition of her many achievements, Natalie has been awarded an OAM and an AO for her contribution to the Australian film industry and for her mentoring of other women. The French government also made her a Chevalier in the Ordre des Arts et des Lettres for her promotion of French culture in Australia. And for her outstanding service to the screen industry, she has received lifetime achievement awards from the Independent Cinemas Association of Australia and the Screen Producers Association of Australia.

The Natalie Miller Fellowship was established in 2011, to recognise and nurture the next generation of female leaders in the Australian screen community and inspire them to reach the very top of their fields. 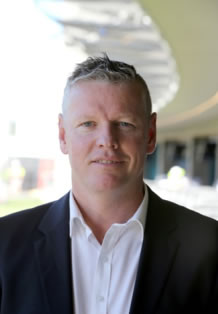 Kirk is an established operator of Cinema Exhibition circuits in both the United Kingdom and Australia having founded his career in leisure and entertainment.

In 2010, Kirk returned to Village as CEO of the Australian business having previously worked for Village Cinemas International from 2000 to 2005 where he was General Manager for the United Kingdom and Ireland. The United Kingdom circuit was subsequently sold to VUE (78 sites, 4,500 staff) where Kirk continued as a senior member of the management team. Kirk is a director of Village Cinemas Australia, which has a turnover in excess of $500m employing almost 2,000 staff. Along with its joint venture partner Event Cinemas, and other partners, it has a market share of approaching 50% of the Australian market.

Kirk will also oversee the role out of Topgolf into Australia and New Zealand with the first site now opened on the Gold Coast in June 2018.

Kirk holds an MBA from the United Kingdom Open University, a Hotel Management Diploma from the Hotel School Johannesburg and is a member of the CEO Institute of Australia. Kirk is also a Director of the National Association of Cinema Owners.

ACE Cinemas was established in 1955 after John Pye returned from a film buying trip to the US excited about a new development he had seen in Los Angeles – drive-in theatres.

After failing to convince his employer to build the state’s first drive-in, John Pye left their employ and established the original incarnation of ACE in late 1955, which was called Australian Cinema Enterprises Pty Ltd (or ACE for short), later the ACE Group.

He convinced some investors to join him and built the state’s first drive-in theatre on a site fronting the Albany Highway in Bentley Perth.

It was a massive success from the day it opened in 1956. The same film screened twice nightly with both sessions often filled, especially on weekends.

They grew quickly and at their peak ACE had 15 drive-in theatres throughout the Perth metro area as well as many larger regional towns.

ACE diversified into cinemas, acquiring the lease of The Mayfair Cinema on Hay Street, which they refurbished and launched as The Capri Cinema and Café.

In the meantime, John Pye’s eldest son David had joined the Group in 1964 aged 20 in the Programming and Marketing Departments.

In the early 70s ACE entered into a joint venture partnership with Village/Roadshow which gave the company the opportunity to sell and supply film to every cinema in WA and this deal ran into the 80’s. During this period another joint venture was developed and called Roadshow Home Video which David headed up in the West.

The ACE group wanted to extend their hardtop cinema presence in Perth. Therefore, along with Hospitality Inns another company John Pye had formed which required a reasonably sized Perth hotel base to accommodate the customers they’d attracted from their regional motels they jointly built the 82-room Town House Hotel and the 600-seat Town Cinema on an excellent site in Hay St Perth they had purchased.

After the success of the Town Cinema, ACEs’ next city venture involved the purchase of the former Federal Taxation building on the corner of Barrack and Murray Streets and the building of Perth’s first multi-screen cinema complex, The Cinecentre.

ACE’s Cinecentre opened on December 10 1974 and enjoyed a very successful period of operation. The Cinecentre closed on February 1 2006 and was finally demolished in July 2016.

The Ace Group also developed cinema complexes in Kalgoorlie and Busselton which had very good runs. ACE sold its interest in these locations some years ago but are still running successfully. Busselton recently won a National Tourism award for its CinefestOz Festival which Ace was involved with in its early formation.

When the ACE Cinema Group closed down in 1987, David Pye spent a number of years in executive roles with Roadshow in Melbourne before returning to Perth and picking up his cinema career with his family, and the new ACE Cinemas was born.

ACE opened Midland Five at 181 Morrison Rd in 1992, which they then redeveloped and reopened as Ace Midland Cineplex on 1 April 1999 with 2 additional mega-stadiums. During this time, David’s son Jeremy joined his father in the cinema business and is now the GM of ACE Cinemas and proudly continuing the family tradition.

ACE Midland Gate Cinema, an 8-screen Megaplex, opened on December 15, 2006 that has since been regularly upgraded and updated, and enormously profitable for both the tenants and landlords.

ACE then did a similar deal with the same owners to build an 8-cinema Megaplex, including a much larger Gold Class cinema, at the Rockingham City shopping complex. ACE Rockingham Cinemas opened on September 10, 2009.

In 2003 after the screen advertising contractor Val Morgan closed down their WA office to concentrate the business on the east coast David saw the opportunity to form and open the screen advertising company Cineads. This company was established to service advertising to hundreds of business’s and provide revenue to cinema operators throughout West Australia and other parts of Australia. This company became highly successful so much so that in 2014 Val Morgan bought it back.

ACE has a long established and well patronised loyalty program with 85,000 ACEcard members who enjoy benefits that befit their regular patronage