All films screened for public exhibition are by law classified by the Australian Classification Board. In addition to film classification, laws and regulations govern the playing of films and film trailers, the display of film advertising materials, the age at which patrons may be admitted to public screenings of films, the types of classification information that must be displayed, and the type of films which can be shown in public screenings. All cinemas should be fully conversant with these laws and regulations and how to comply with them.

The Office of Film & Literature Classification is the Government body responsible for classifying publications that may need to be restricted or banned in New Zealand. New Zealand’s classification system was established by the Films, Videos, and Publications Classification Act 1993 and is designed to protect the public from material that is likely to be harmful, or injurious to the public good. The Act defines what is considered harmful, and establishes criteria for rating, classifying and labelling films and other publications.

Created in 1931 by a group of film industry workers, the Motion Picture Industry Benevolent Society has been continuously providing financial and emotional support for 90 years to film industry colleagues experiencing hardship. Originally designed to assist film industry practitioners from Cinema Exhibition and Film Distribution in NSW, since 2003 the MPIBS remit has also included those in need from Film Production and Post-Production, based anywhere in Australia.

WHO IS ELIGIBLE FOR SUPPORT?

Film industry practitioners from Cinema Exhibition & Film Distribution in NSW are eligible, as are Film Production & Post-Production practitioners, based anywhere in Australia. Support is available to those currently employed, or retired, who qualify.

HOW DOES THE MPIBS ASSESS & SUPPORT BENEFICIARIES?

WHERE DOES THE MONEY COME FROM?

The MPIBS depends totally on donations – from individuals, film industry employees, companies, and production personnel. The main fundraiser is the Chairman’s Annual Appeal in March/April, but donations are welcome at any time. Our fundraising has been hugely affected by COVID-19 – so we need to increase the current level of donations to meet the growing requirement for assistance from our industry colleagues. Donations of $2 or more are fully tax deductible.

HOW CAN I DONATE?

There are various ways you can help us to support our industry colleagues in need.  Whether you make a one-off donation, or donate every month, we greatly appreciate your generosity.

ARE WE ON SOCIAL MEDIA? 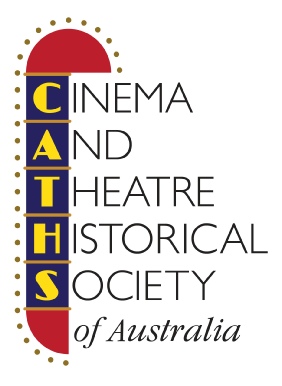 The Cinema and Theatre Historical Society of Australia (CATHS) was formed in Melbourne, Australia in 1989. The Society aims to:
• Foster an interest in the architecture, history and heritage of cinemas and theatres in Australia
• Record the history of cinemas and theatres in the form of books, magazines and AV materials
• Maintain an archive collection of cinema related documents, photos, etc
• Provide public access to the collection for the purpose of cinema research and related matters
• Seek to preserve theatre and cinema buildings and artefacts
• Organise events to facilitate inspections for documenting and photographing of cinema venues
• Conduct regular meetings for members

CATHS meetings generally include a guest speaker or a presentation on an aspect of cinema history. Our meetings also include theatre news, activity reports and general happenings from within the industry. Interval includes a break for coffee and a chat. After the meeting, members usually meet at a nearby venue for lunch and friendly discussions.

You are most welcome to come along to our meetings. If you love going to the movies or the theatre, are interested in theatre heritage and architecture, or have worked in cinema or the performing arts… then why not join CATHS!

The Natalie Miller Fellowship supports the professional leadership of women in the screen industry through fellowships and programs. It is about recognising and nurturing the next generation of female leaders in the Australian screen community and inspiring them to reach the very top of their fields.

By urging more women to take on positions of leadership – roles that allow them to make a real difference – we not only address the gender imbalance that’s still evident at the top, we drive better company performances and greater innovation. And that means a more dynamic, diverse and robust screen industry for everyone. 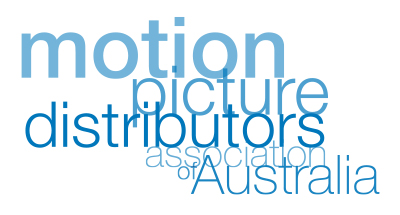 The MPDAA is a non-profit organisation which undertakes the collection of film exhibition information relating to box-office, admissions and admission prices, theatres, release details, censorship classifications, and so forth, in order to provide meaningful statistics on the film industry in Australia to the Members and associated persons, the media and trade publications.

Creative Content Australia (CCA) is the film and television industries’ peak body for the promotion of copyright, creative rights, piracy research and education resources in Australia. A not-for-profit industry initiative committed to raising awareness about the role of copyright, value of screen content and impact of piracy through:

Creative Content Australia has produced educational programs for Australian secondary schools since 2007. These programs are made available for use within classrooms across the country, allowing teachers and students to discuss the issue of creativity and copyright.

Research: Inform the debate about piracy, dispel myths and motivate changes in behaviour

Each year, CCA undertakes independent research into the attitudes and actions of Australians in relation to the issue of illegal downloading and streaming of films and television. The research is conducted by Sycamore Research & Marketing, an independent market research organisation, in conjunction with Newspoll.

Content Café is a platform for constructive, accurate and informative perspectives on copyright and the role it plays in creativity and innovation, especially in content for the screen. Content Café is administered by Creative Content Australia. Visit via https://www.contentcafe.org.au or to submit an idea for a blog/article, email info@contentcafe.org.au. 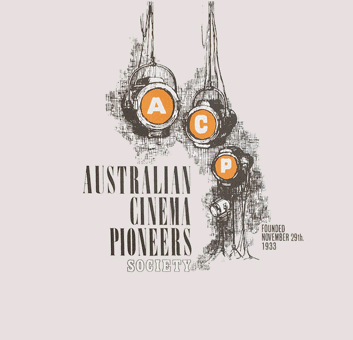 The Society of Australian Cinema Pioneers is a not-for-profit association dedicated to the recognition of people who have worked within the Australian film industry.

In order to qualify for membership, an applicant must satisfy their State Branch Committee that he/she has been engaged in the Film Industry;
1. As an employee or on his or her own behalf; and
2. On a regular permanent full-time or part-time basis or on a casual basis, where such engagement has been the person’s principal vocation, principally in Australia over a period of 20 years at the time of his/her nomination for Membership of the Society and, in this regard, service in the Film Industry outside Australia may be taken into account in determining the period of service.

A once only application fee of $300 must accompany all applications for membership.
Further information on eligibility and membership application forms are available from the National Honorary Secretary/Treasurer or all State branch Presidents or via the website.